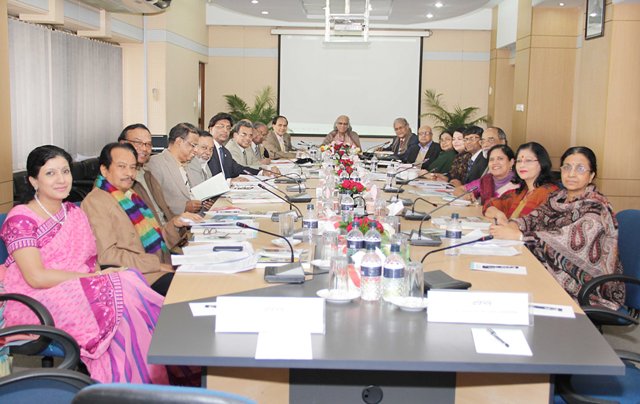 In the meeting, Hon’ble Chairman provided a detailed description of PKSF’s activities. In his speech, he informed of the progress of multidimensional programs and projects undertaken by PKSF. He also referred to ENRICH, a people-centered holistic program that PKSF is implementing to alleviate poverty through establishing human dignity. In addition, the Chairman notified the meeting about various programs that were arranged as part of the year-round celebration of PKSF’s Silver Jubilee program. Hon’ble members praised PKSF’s activities and initiatives. They also gave their valuable suggestions. The Managing Director updated the meeting regarding the progress of the implementation of the decisions/suggestions of last General Meeting held on 24 June 2014. The meeting expressed its satisfaction on the advancement of the implementation of overall activities of PKSF.

The Audit Report (FY 2013-14), audited by S.F. Ahmed & Co., was also presented in the Annual General Meeting. After having detailed discussion, the report was approved at the meeting.