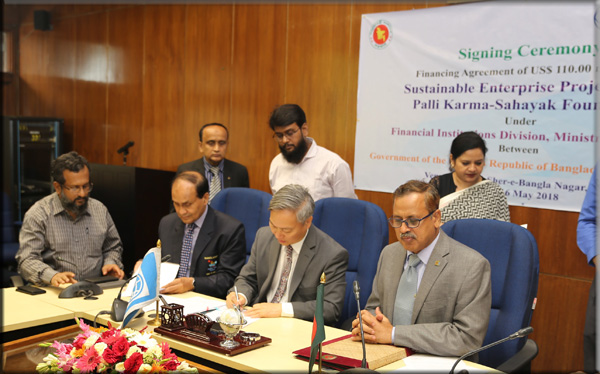 The World Bank has approved to finance US$110.0 million from its International Development Association (IDA) window to implement ‘‘Sustainable Enterprise Project (SEP)” by Palli Karma-Sahayak Foundation (PKSF). The main objective of the project is to promote environmentally sustainable microenterprises of Bangladesh.

Project Coordinator of SEP Mr. Zahir Uddin Ahmed made a short presentation on this project at the beginning of the ceremony.
Mr. Md. Abdul Karim, Managing Director of PKSF mentioned that SEP is one of the fastest negotiated projects of the World Bank. He thanked the ERD, FID, the World Bank and the PKSF officials for completing the project formalities within such a very short period of time. He also mentioned that like other projects, PKSF will maintain high quality of implementation of this project. He said Chairman of PKSF Dr. Qazi Kholiquzzaman Ahmad is very keen on supporting environmentally sustainable microenterprises in Bangladesh.

Mr. Kazi Shofiqul Azam, Secretary of ERD recognized PKSF as a renowned organization of the country and said that ERD will provide full support to implement this project. He wished all the successes of this project. 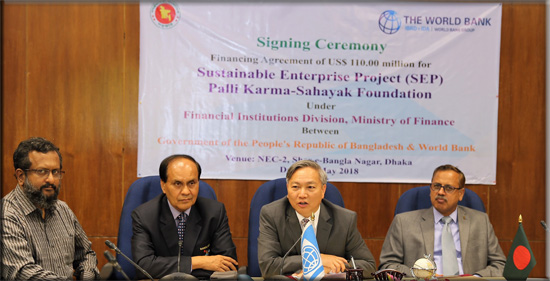 In the signing ceremony, Mr. Qimiao Fan, Country Director of the World Bank thanked the Government of Bangladesh, PKSF and the World Bank staff for completing the project formalities within a very short period of time. He also said that most of the countries follow ”do first and clean later” practice which creates nothing but damage. He also mentioned that, through this project Microenterprises of Bangladesh will be supported to adopt environment friendly practices. 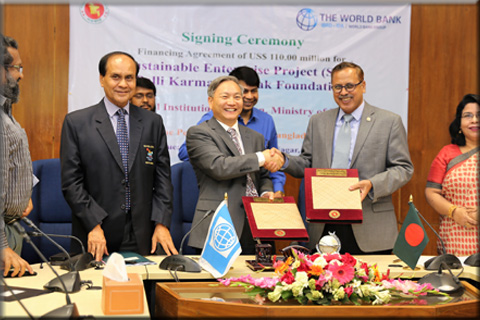 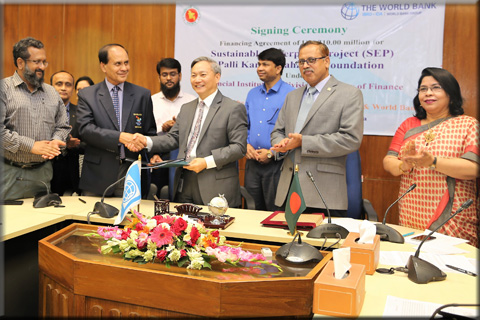 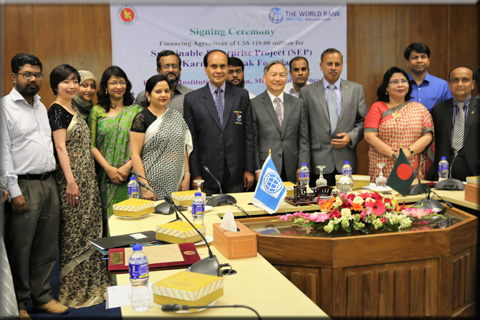