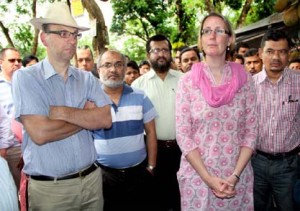 It may be mentioned that Since 2006 PRIME has been involved with the poverty alleviation of about 535,000 extremely poor households in 50 Upazilas of North-western and South-western region of Bangladesh. 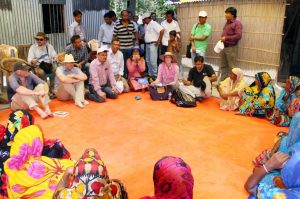 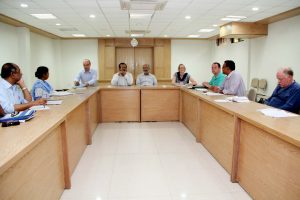 A follow-up discussion between the DFID delegation and PKSF was held about PRIME on 26 May 2014 in the RDRS Guest House. Mr. Md. Fazlul Kader shortly briefed about the PKSF and its integrated development programme for sustainable poverty alleviation. He enlightened on programmes support fund, special fund and disaster management fund which are disburse on flexible condition at the beneficiary end by partner organization (PO). He also pointed out that PKSF is now dealing with better access to education, health and other assistance to enhance household’s standard of life. This was followed by a presentation on PRIME by Dr. Sharif Ahmed Chowdhury, DGM (Livestock) & PC, PRIME. It covered progress of PRIME programme implementation and its impact on PRIME beneficiaries. Mr. Golam Touhid, Deputy Managing Director, PKSF; Mr. A Q M Golam Mawla, General Manager, PKSF and Professor M. A. Baqui Khalily, Executive Director, Institute of Microfinance (InM) and representatives of DFID also participated in the discussion.