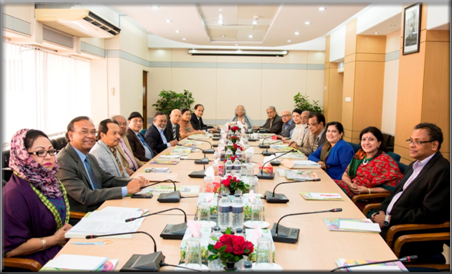 The Chairman presented an overall statement of PKSF’s activities. He informed the General Body of the progress of the ongoing programs and projects of PKSF. He particularly referred to the progress of ENRICH, a people-centered holistic program that addresses household-based total development. The members of the General Body lauded PKSF’s continuous efforts to accomplish its various activities and initiatives. They also gave their valuable suggestions.

The Audit Report (FY 2014-15), audited by MABS & J Partners, Chartered accountants, was also presented before the General Body. After a detailed discussion over the Report, it was duly approved.