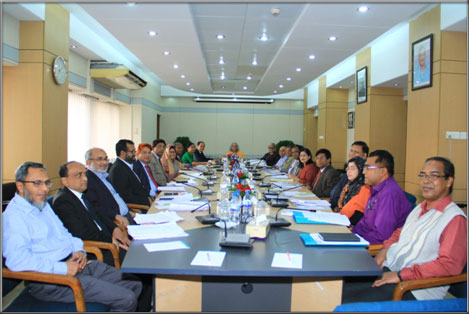 The Chairman presented an overall statement of PKSF’s activities. He informed the General Body of the progress of the ongoing programs and projects of PKSF. The members of the General Body lauded PKSF’s continuous efforts to accomplish its various activities and initiatives. They also gave their valuable suggestions. The Managing Director updated the meeting regarding the progress of the implementation of the decisions/suggestions of previous Annual General Meeting held earlier this year. In the meeting, the general body expressed its satisfaction over the progress of the overall operations of PKSF.