Coordinated, area-specific planning a must
Say experts at a PKSF seminar on sustainable development of Haor people

With a view to identifying ways to ensure comprehensive development of those living in the country’s Haor areas, Palli Karma-Sahayak Foundation (PKSF) on 14 February 2017 organised a seminar titled `Sustainable Development of Haor People: Innovative Initiatives of PKSF’. 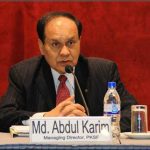 In the welcome speech, PKSF boss Mr Karim said the Haor people constitute a large part of the country’s population that still lives below the poverty line. “Though the Haor people live in what probably the hardest-to-reach areas, the PKSF with the help of its POs is relentlessly working to improve their livelihoods. The recommendations to be made during today’s event will certainly help us chalk out more effective development action plans for future.”

The Haor region covers an area of 4,450 square kilometres of vast wetlands across seven districts of North-eastern Bangladesh. The areas remain under water for over six months of a year, allowing no agricultural activities there during the period. Fishing becomes the only source of livelihood for the millions of people living there. Due to the absence of regular livelihood sources, acute poverty has been plaguing the lives of Haor people for generations. 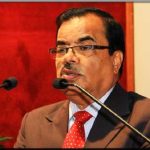 Mr Mukherjee of the MRA lauded the PKSF activities in the Haor region. “Sustainable development of the country cannot be achieved leaving the Haor people out of the process. So, the MRA will always extend all possible support to the PKSF if it undertakes any development project for the Haor areas.”

Chief guest Dr Kholiquzzaman Ahmad highlighted the need for inclusive development of the poor and ultra-poor population living in Haor and other remote areas for the country to achieve the UN-sponsored Sustainable Development Goals. 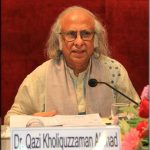 “Proper coordination among the government and the non-government entities at all levels is a must for achieving the desired results in any development activity. Thus, we all have to work together to formulate an area-specific, viable and sustainable plan of action for the Haor region.”

The renowned economist expressed hope that the PKSF will take up more Haor-centric programmes in the days ahead.

More photos from the event