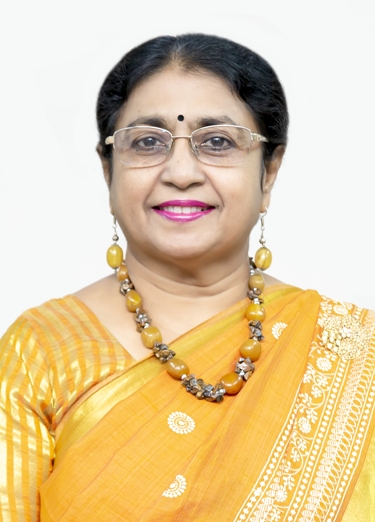 Dr Nomita Halder ndc, a former Secretary to the People’s Republic of Bangladesh, joined on Sunday August 8, 2021 as the 11th Managing Director of Palli Karma-Sahayak Foundation (PKSF). In the very immediate past, Dr Halder held the position of a Professorial Fellow at North South University. Born in the coastal area of Bagerhat, Dr Halder served as a public servant of the Government of the People’s Republic of Bangladesh for long 30 years.

As is usual, she started her career in the public service at the local administration level, which helped her understand the state of people and public affairs at the grassroots. Later, the opportunity of being in close association with the Hon’ble Prime Minister as her Private Secretary offered Dr Halder some access to know the pros and cons at the very high level of policy making of the central government.

Dr Nomita Halder ndc graduated in Agriculture from Bangladesh Agricultural University, Mymensingh. Later, she did an MA on Development Administration from the Australian National University. And finally, she did her PhD from the University of Canterbury, Christchurch, New Zealand. As the Secretary of the Ministry of Expatriates’ Welfare and Overseas Employment, her dynamic leadership in dealing with the critical matters of migration and human trafficking won commendations from diverse quarters, at home and abroad. In 2018, she retired from the public service. Dr Halder is widely known as a result-driven and career-oriented professional with a target for excellence. She has serious concerns for the vulnerable, disadvantaged and marginalized poor communities and is sincerely keen to work with them. Dr Nomita Halder ndc is an Honorary Member of the National Human Rights Commission, Bangladesh.

With her at the very top of the management of Palli Karma-Sahayak Foundation, the PKSF family with all its Partner Organizations (PO) across the country look forward to the acceleration of the pace of achieving the organization’s vision and mission in future.

In view of the recommendations made by the committee which was formed to review and restructure the existing Organogram of the Palli Karma-Sahayak Foundation, the Governing Body of PKSF, in its 235th meeting held on July 25, 2021 promoted Mr Md Fazlul Kader and Dr Md Jashim Uddin as the Additional Managing Directors from the positions of DMDs which they held earlier. 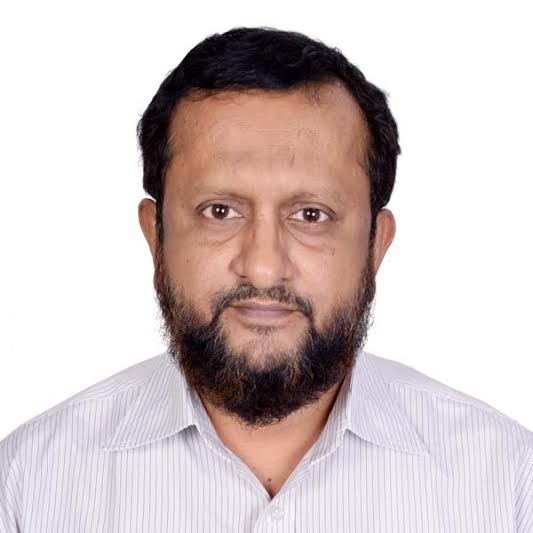 With the completion of his academic career, Mr Kader found his first employment with a large private company of Bangladesh, which he did not find quite suitable for him. He left it and joined Palli Karma-Sahayak Foundation in its very early days in 1990, on the 1st of October. After more than two decades of his professional career, Mr Fazlul Kader became a Deputy Managing Director of PKSF on July 1, 2011.

He obtained his Bachelor’s degree from the Department of Economics, University of Dhaka. Then, he completed the MBA in Finance from the Institute of Business Administration (IBA) of the same university.

In PKSF, Mr Kader has especially proven his great talent in the area of enterprise development. 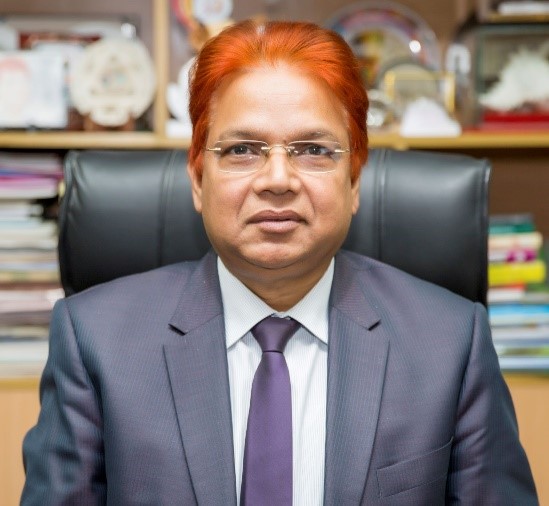 For Dr Md Jashim Uddin, Palli Karma-Sahayak Foundation was the maiden home to start with a professional career. This is a reality that he cherishes with love, pride and commitment. He joined PKSF on 1st December, 1991. After serving at various positions of this organization, Dr Jashim Uddin was appointed as the Deputy Managing Director of PKSF on July 1, 2011.

Dr Jashim Uddin completed his Master of Science in Engineering (Mechanical) from the People’s Friendship University, Moscow, the then USSR. However, he diverged from his course of academic studies. He later obtained his PhD in Economics from Moscow Management Institute in Moscow, USSR.

Dr Jashim Uddin has always been a proactive professional in the progressive growth of PKSF. 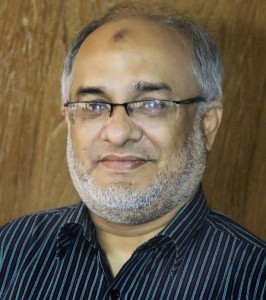 Under the recent restructuring, out of the 5 DMDs of PKSF, Golam Touhid has been positioned as the Senior one. He has been already serving Palli Karma-Sahayak Foundation (PKSF) as one of the Deputy Managing Directors since the 10th of January, 2013.

Immediately after his graduation in Geography from the University of Dhaka, Mr Touhid engaged himself with a research project of Centre for Urban Studies. On December 1, 1991, Mr Touhid joined PKSF as a Management Trainee. From then on, he has been serving this organization at various positions with efficiency and repute. 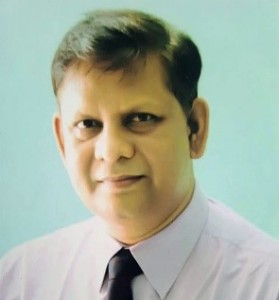 Immediately before his promotion to the present post of the DMD, Mr Md Mashiar Rahman has been serving as a Senior General Manager. Mr Rahman joined PKSF on 07 April 1994 as a Management Trainee. He has Bachelor’s and Master’s degrees in Statistics from the University of Dhaka. Mr Rahman looks after different programs and projects of PKSF including its flagship intervention widely known as Enhancing Resources and Increasing Capacities of the Poor Households  towards Elimination of their Poverty (ENRICH). 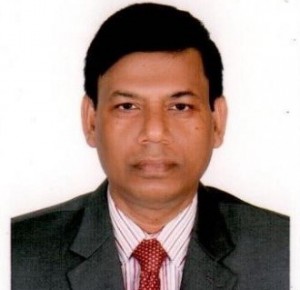 Dr Tapash Kumar Biswas joined PKSF on 03 February 2013 as Director (Research). Prior to that, he was a public servant. A Bachelor and Master in Statistics from Jahangirnagar University, he obtained another Master’s in Rural and Regional Development Planning from the University of Dortmund, Germany and AIT, Bangkok. Dr Biswas holds a PhD in Statistics from Jahangirnagar University and a Post-Doctorate in Project Monitoring and Evaluation from IRRI, Philippines. 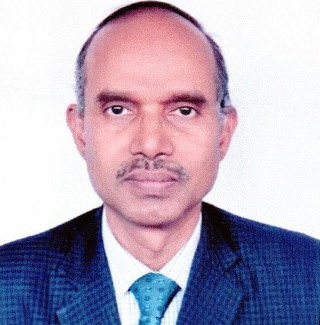 Dr Fazle Rabbi Sadeque Ahmed was associated with PKSF even before he became its Director (Environment & Climate Change), from which he was promoted. Earlier, he coordinated the Community Climate Change Project (CCCP) of PKSF. He too had been a public servant. Dr Ahmed had his B.Sc and M.Sc. degrees in Soil Science from Bangladesh Agricultural University. Later, he had his PhD in Environmental Science from the University of Aberdeen, the United Kingdom. 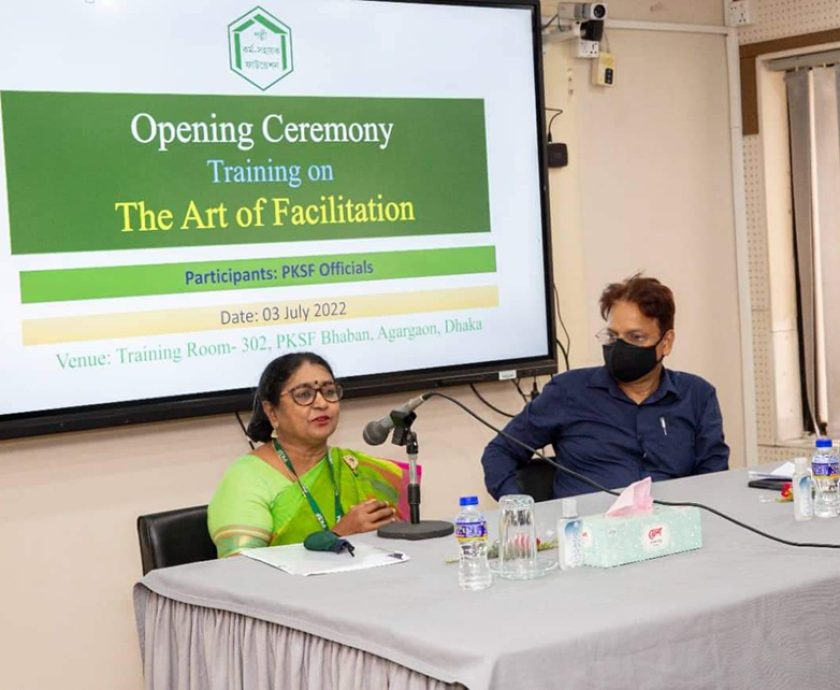 Training on ‘The Art of Facilitation’