Buniad
Including the Excluded for Ensuring Human Dignity 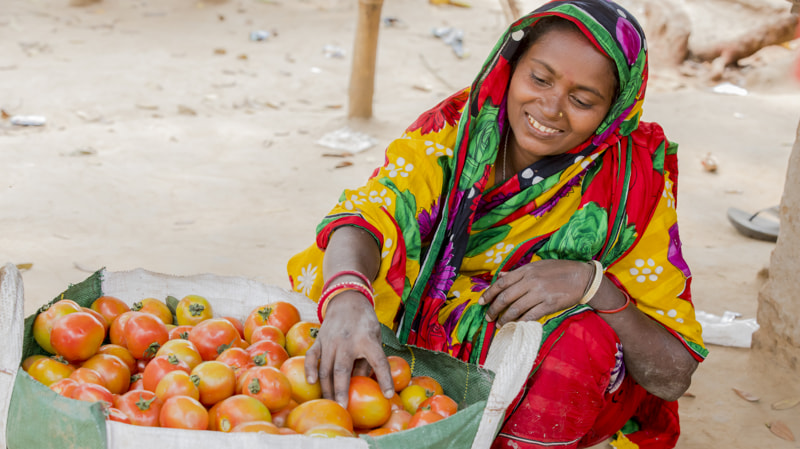 ‘Buniad’ is a Bangla word which means foundation. PKSF has been implementing ‘Buniad’ for the ultra poor people since 2004 previously known as Ultra Poor Program (UPP). Under ‘Buniad’, PKSF is providing flexible microcredit to the ultra-poor people. In addition to the financial service PKSF is also providing different non-financial services like primary health care, technical services for implementing income generating activities of the poor people, capacity building support at the time of disaster, training, awareness building on nutrition and social issues through some special projects. The main objective of Buniad is to support the ultra-poor people in such a way so that they become capable to create sustainable income opportunities and human dignity as well as they can lift out of extreme poverty.

Since inception PKSF has been working for the poor people with its Partner Organizations (POs) to reduce poverty through employment generation. The experience of PKSF suggests that the poverty reduction programs of PKSF, in general, have been successful in reaching the moderate poor, but those programs did not effectively serve the poorest of the poor. The ultra-poor have always been left out form the classical microcredit services because of the perceived belief that they are vulnerable to loan repayment. On the contrary, the ultra-poor people voluntarily exclude themselves form microcredit at times because of the fear of not being able to repay in time and getting further indebted. This apprehension led PKSF to implement an experimental project for the extreme poor in 2002 known as Financial Services for the Poorest (FSP) under the learning and Innovation Loan (LIL) of the World Bank. From the FSP project PKSF learnt that mandatory requirements of classical microcredit operations like weekly meeting, weekly repayments and weekly savings discourage the ultra-poor to participate in the conventional microfinance system. Considering all these, PKSF started Ultra Poor Program (UPP) as a mainstream microfinance service in 2004 with the fund of the Government of Bangladesh by giving flexibilities in the modalities of conventional rural microfinance program of PKSF. Recently PKSF has renamed the UPP as ‘Buniad’. Under ‘Buniad’ distinctive flexibilities have been allowed to the ultra-poor borrowers in deposit, withdrawal of savings, loan repayment, attendance in group meetings and minimum savings requirement for a fresh loan. 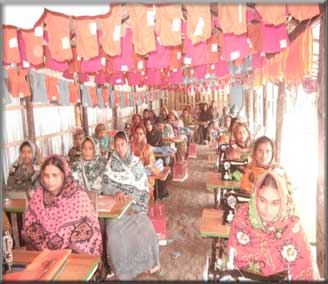 ‘Buniad’ targets the following category of the ultra poor population:

‘Buniad’ particularly targets those areas of Bangladesh that are inaccessible and having very limited employment opportunities for the ultra-poor. Currently PKSF is implementing ‘Buniad’ through its 135 Partner Organizations all over Bangladesh.

Other services provided to the ultra poor member:

PKSF provides Disaster Management Loan, Land Lease loan for the ultra-poor people under ‘Buniad’. Through the Land Lease Loan program the landless and marginal Ultra Poor Households (HH) who lives in char areas and engaged in agriculture, can acquire temporary land ownership rights by taking lease of cultivable land for crop cultivation. It creates opportunities for them to improve their livelihood by cultivating crops on leased in lands. PKSF also provides Disaster management loan to the ultra poor borrowers for natural and manmade disaster throughout the year.

Besides, since 2007, PKSF is implementing one of the largest extreme poverty programmes in Bangladesh named Programmed Initiatives for Monga Eradication (PRIME) with the assistance of DFID. The main objective of PRIME is to eradicate Monga or Monga-like Situation (the term `Monga’ refers to pre-harvest seasonal famine triggered by low availability of agriculture related work) through creating self-employment and wage-employment opportunities for the extreme poverty stricken households. PRIME offers both financial services like: microcredit and emergency loan and non-financial services like: group formation, skill and vocational training, technical service, primary health care service and disaster management. For detailed information on PRIME please visit www.primepksf.org.

The ultra poor people are not homogeneous but most of them face similar challenges. The biggest challenge that the ultra poor face is the lack of a consistent income. Through ‘Buniad’, PKSF is providing financial support to the income generating activities of the ultra poor with lower service charge and considerable flexibilities. With this support, ultra poor members are now getting involved in sharecropping, small enterprise, food processing, tailoring and various types of income generating activities, resulting secured income and improved livelihood. 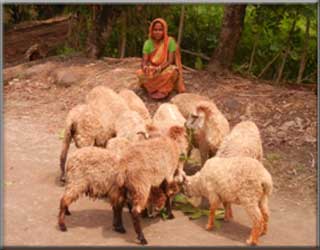 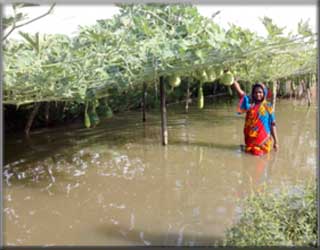 The management of PKSF has approved recently a strategic plan, including short, medium and long term dimensions, based on geographical diversity, demographical characteristics, nature of occupation and other heterogeneous conditions of ultra-poor. For developing the strategic plan, PKSF has considered multidimensional nature of poverty, proposed post-2015 development target, the pathway to reaching the level of a middle-income country, alongside learning from implementation of the ultra-poor program through the years. Under this plan, two approaches such as ‘Service Delivery’ and ‘Policy Advocacy’ have been adopted for developing the standard of living of ultra-poor. The ultra-poor have been divided into six groups and this again has been further split into 15 sub groups for initiating inclusive program for them. The particular objective is to improve their socio-economic conditions. The groups and sub-groups under this plan are (1). Class based group (Sub-group: repressed or socially deprived class; small ethnic group; and gypsy tribe; (2). Occupation based class (sub-group: tea worker, beggar, household worker, sex worker, and agriculture worker; (3). Regional class (Sub-group: ultra-poor living at haor areas, ultra-poor living at different char and island); (4). Class based on health/age (disabled, street child, and insolvent aged people); (5) Environment/climate based class (sub-group: ultra-poor due to environment and climate change) and (6). Female headed ultra-poor households. Initiative of collecting data from the ultrapoor households has been undertaken.