PKSF Managing Director Dr Nomita Halder ndc undertook a three-day visit to Dinajpur, Kurigram and Rangpur districts to observe various field activities being implemented under different programs and projects through support from PKSF Partner Organizations (POs). One of the main objectives of the visit was to understand the reasons of higher poverty incidence in Kurigram district and the possible ways out.

The projects and programs, the activities under which she visited during 20-22 March 2022, included the Integrated Agriculture Unit, the Learning and Innovation Fund to Test New Ideas (LIFT) program, the Pathways to Prosperity for Extremely Poor People (PPEPP) project, and the Strengthening Resilience of Livestock Farmers through Risk Reducing Services project implemented through Gram Bikash Kendra (GBK) and Eco-Social Development Organization (ESDO).

Dr Halder and her team inspected poverty alleviation activities of RDRS Bangladesh during their visit to Char Korai Barishal, a remote char area in the midst of the mighty Brahmaputra river, where PKSF has been working since early 2010.

She also visited a range of livelihoods activities under the PPEPP project both in Parbatipur of Dinajpur and in Jatrapur Char of Kurigram. These included homestead gardening, aquaculture, layer farming and handicraft training. She visited various social platforms formed under the project, including Prosperity Village Committees (PVCs), and Adolescent Girls Clubs. During this visit, she distributed assistive equipment like wheelchairs and crutches among persons with disabilities, and watched two street theatre performances on combating social ills.

During the tour, Dr Halder observed the activities of Friendship, a non-PO, which is providing health services to the extremely poor through a floating hospital in the char area.

On 21 March 2022, the PKSF team joined a view-exchange meeting with the Kurigram district administration at the local Circuit House. The meeting was attended by Deputy Commissioner (Kurigram) Md Rezaul Karim and high officials of different district-level government offices. Besides, PKSF POs working in Kurigram also participated in the meeting. The meeting started with a presentation by the DC Kurigram on different poverty alleviation activities of the government. PKSF also made a brief presentation on possible reasons of chronic poverty in Kurigram and suggested possible ways out based on PKSF’s experiences elsewhere. This was followed by a general discussion and recommendations for future activities. 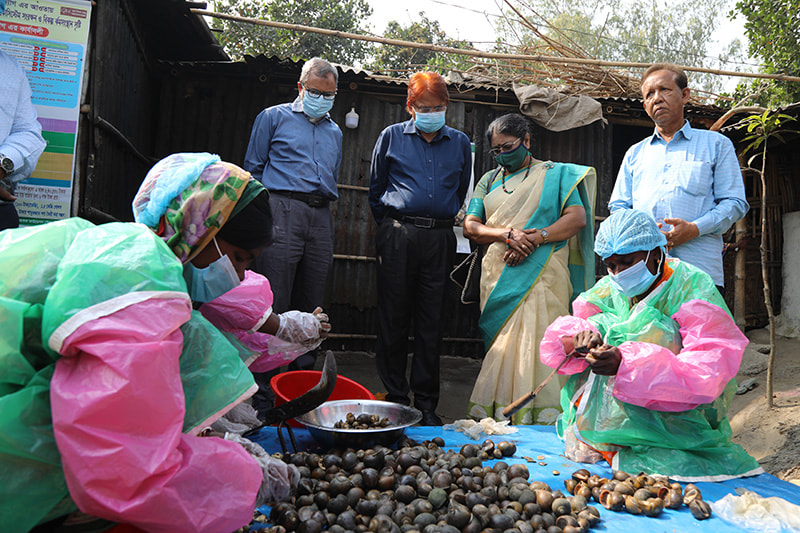 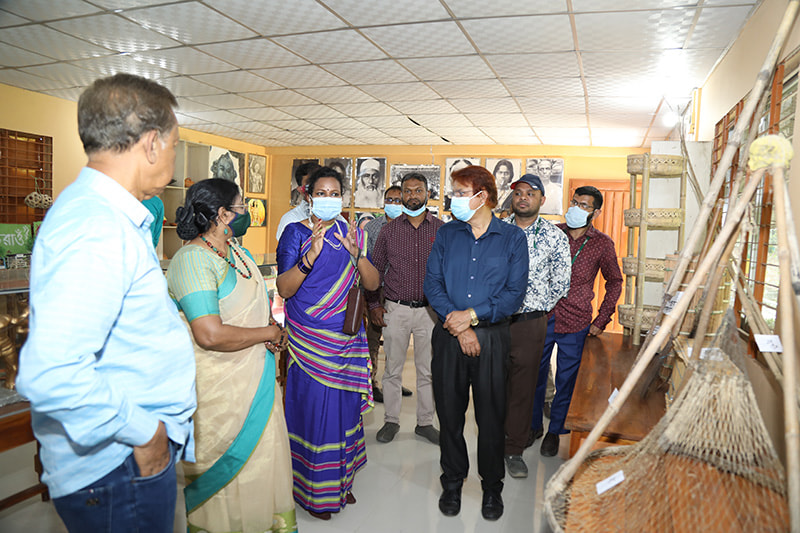 Dr Nomita Halder ndc being briefed on the collection of traditional artifacts by plainland ethnic groups in Parbatipur, Dinajpur. 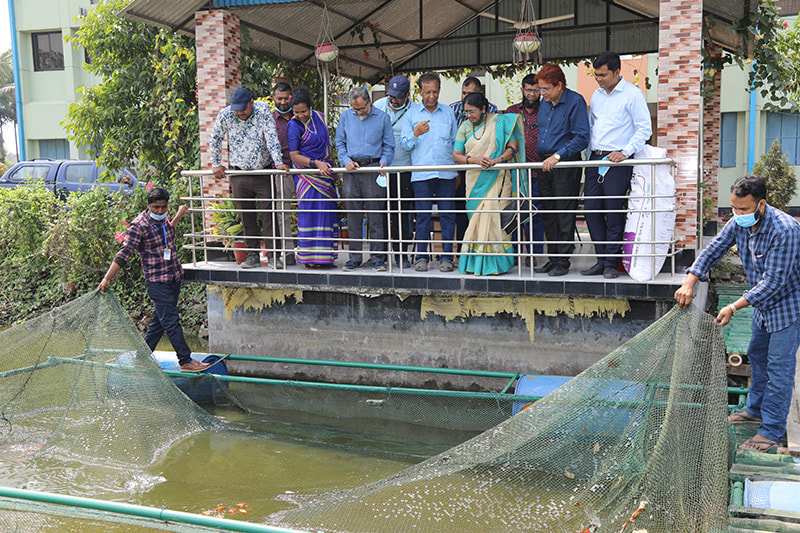 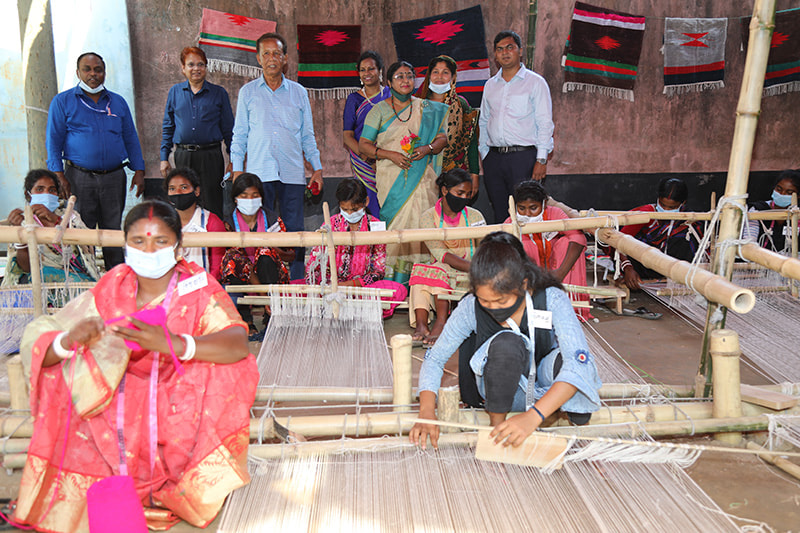 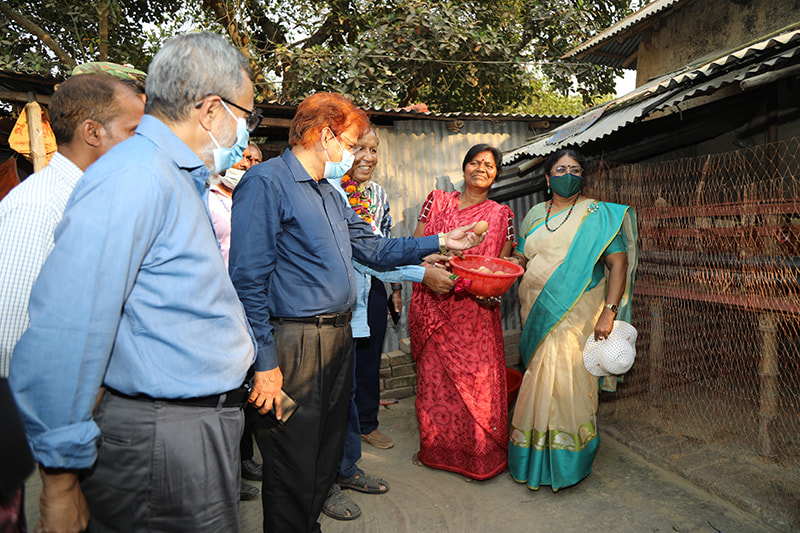 An ethnic minority member of PPEPP project poses for a photo with the PKSF MD as she shows off the eggs from her little chicken farm in Nawabganj, Dinajpur. 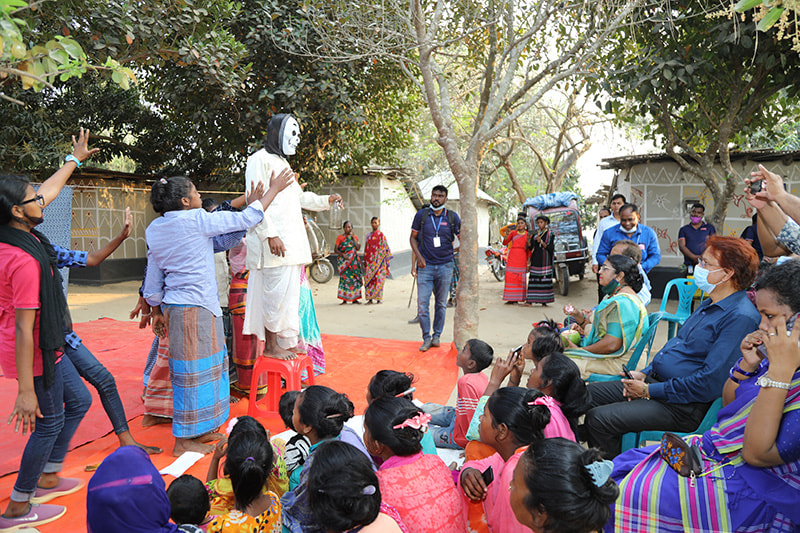 Ethnic members of a Kishori Club stages a street drama in Nawabganj, Dinajpur. 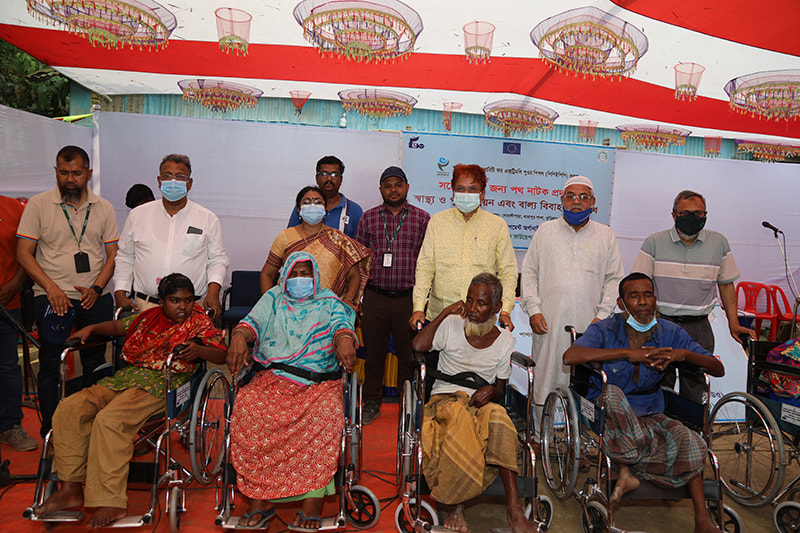 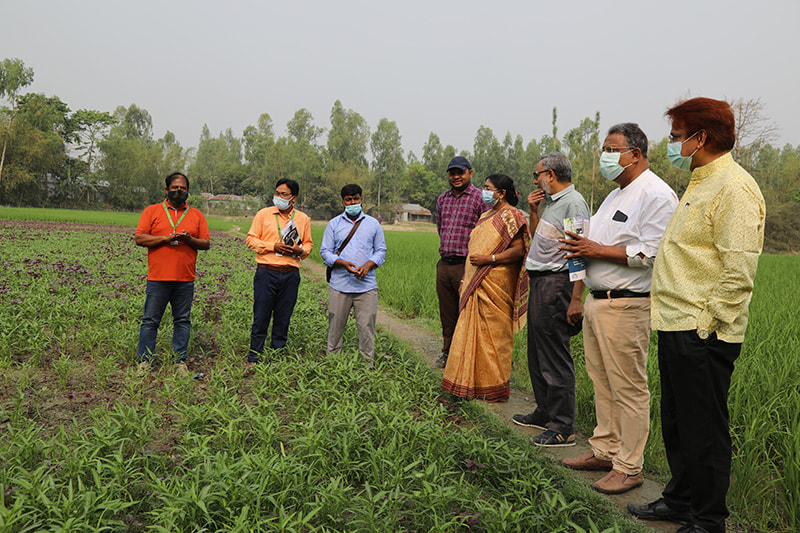 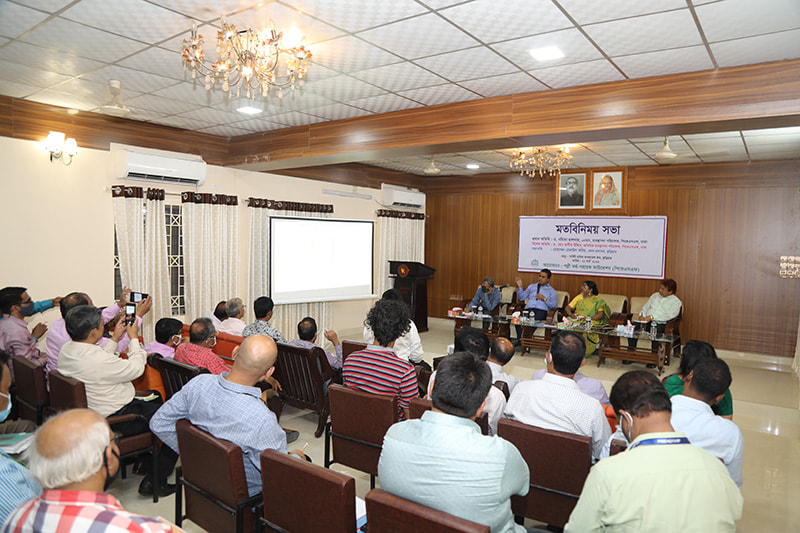 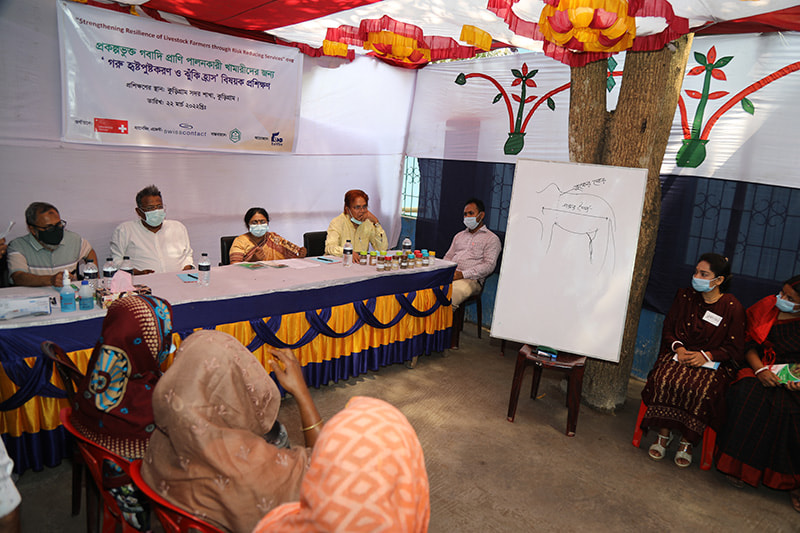 The PKSF MD at a training session on cow fattening and risk mitigation in Kurigram. 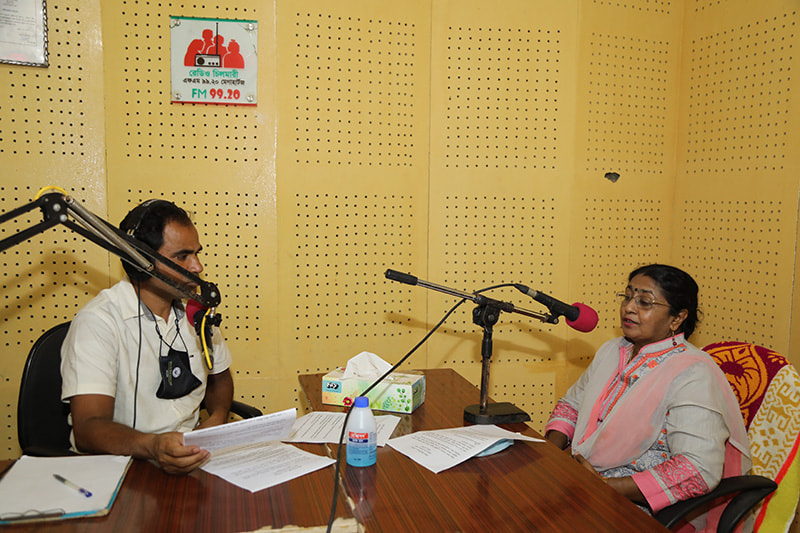 Dr Nomita Halder ndc in an interview on Radio Chilmari 99.20 FM in Kurigram. 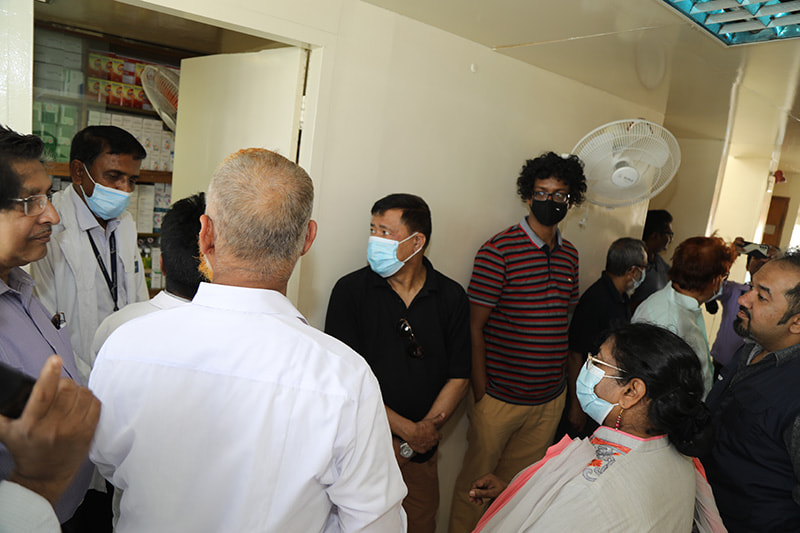 PKSF officials visits healthcare services aboard the Friendship Floating Hospital in a char area in Kurigram.