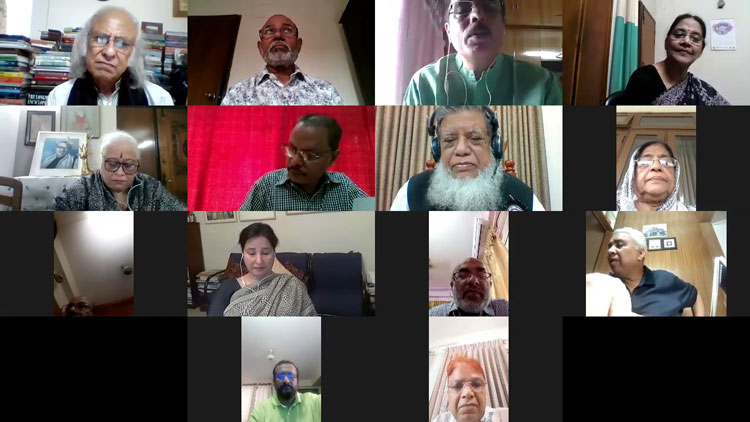 Palli Karma Sahayak Foundation (PKSF) organized a virtual discussion meeting on 15 August 2020 to mark the 45th martyrdom anniversary of Father of the Nation Bangabandhu Sheikh Mujibur Rahman, the great architect of our Liberation, on the occasion of the National Mourning Day 2020.Special prayers were also offered on the same day for the peace of the departed souls.

The Hon’ble Deputy Speaker, in his address, recalled with deep reverence all those who were martyred on 15 August 1975. Describing August 15 as a black day in the history of the nation, he said Bangabandhu had the opportunity to run the country for only three and a half years after independence, and in this short time he had come a long way in rebuilding war-wrecked Bangladesh. The development of Bangladesh would have been accelerated if he had got more time. Noting that the anti-independence forces that were behind the brutal massacre in 1975 are still active in the country in various forms, Advocate Md Fazle Rabbi Miah urged everyone to stay vigilant against these evil forces and to continue united efforts to build a prosperous Bangladesh under the leadership of Sheikh Hasina, the daughter of the Father of the Nation.

Ms Aroma Dutta highlighted various aspects of Bangabandhu’s life and described him as a true leader of the masses. Referring the glorious achievements and sacrifices of Bangabandhu for the nation, the Honorable Member of Parliament said, “The Bengali nation is forever indebted to the blood of Bangabandhu Sheikh Mujibur Rahman and this debt can never be repaid.”

PKSF Chairman Dr Qazi Kholiquzzaman Ahmad commented that Bangabandhu’s philosophy was centered on people at all times. He called upon all to work relentlessly to spread Bangabandhu’s ideology not only through meetings and speeches but also through effective actions. He remarked that in order to build Bangladesh on the ideals of Bangabandhu, it is necessary to eradicate unscrupulous, opportunist forces from all levels of the state and the society.

In the welcome speech, PKSF Managing Director Mr Mohammad Moinuddin Abdullah described August 15 as a disgraceful day for the nation. He stressed that there is no alternative to working together to build the Bangladesh of Bangabandhu’s dreams by transforming the loss into strength.

Different POs of PKSF too took up programmes to observe the day in due fervor and solemnity. It’s mentionable that Manabik Sahajya Sangstha (MMS), a PO of PKSF, distributed relief among flood-affected people. The relief was sourced from the fund raised through PKSF employees’ donation of 40 percent of their Bangla New Year bonus. 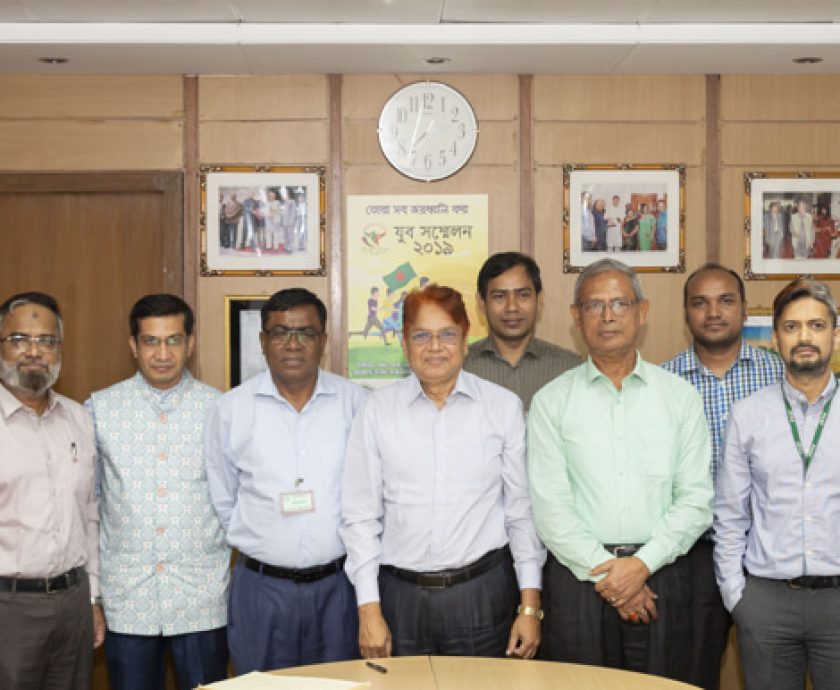