Speakers call for practicing Bangabandhu’s ideals for a better Bangladesh 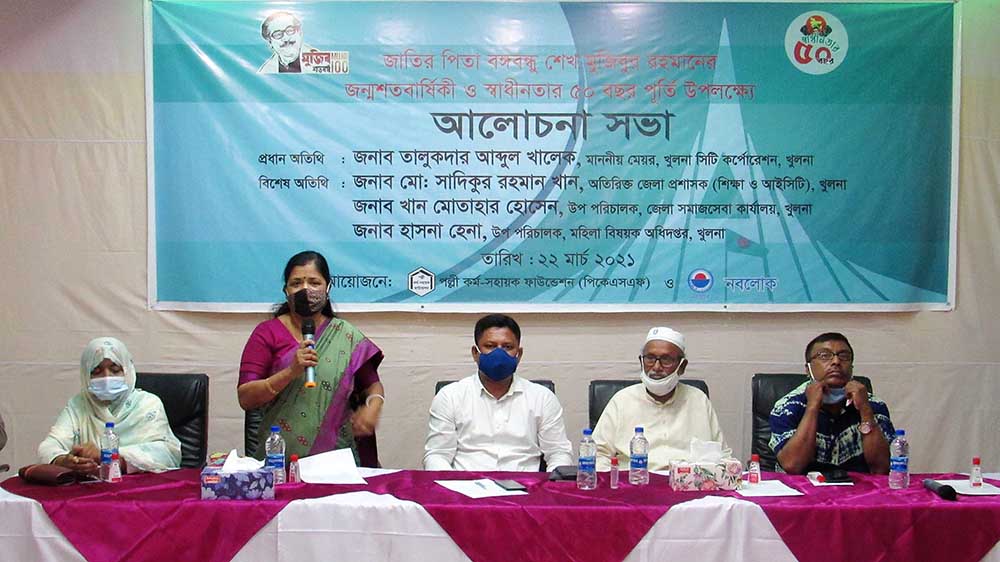 To steer Bangladesh towards becoming a developed nation, everyone in the country should learn and practice the ideals and values of Bangabandhu Sheikh Mujibur Rahman in their sphere of their life. The new generation should thus learn more about the life the Father of the Nation while everyone should vow to protect the Independence of Bangladesh that Bangabandhu had dedicated his life for. Speakers made these comments in a discussion meeting, organized by Palli Karma-Sahayak Foundation (PKSF) through its Partner Organization (PO) NABOLOK, in Khulna on 22 March 2021.

This was part of the series of special programs that PKSF organized in collaboration with its POs in different parts of the country in tune with the Government of Bangladesh’s special events from 17-26 March 2021 to mark the birth centenary of Father of the Nation Bangabandhu Sheikh Mujibur Rahman and the golden jubilee of the Independence of Bangladesh. 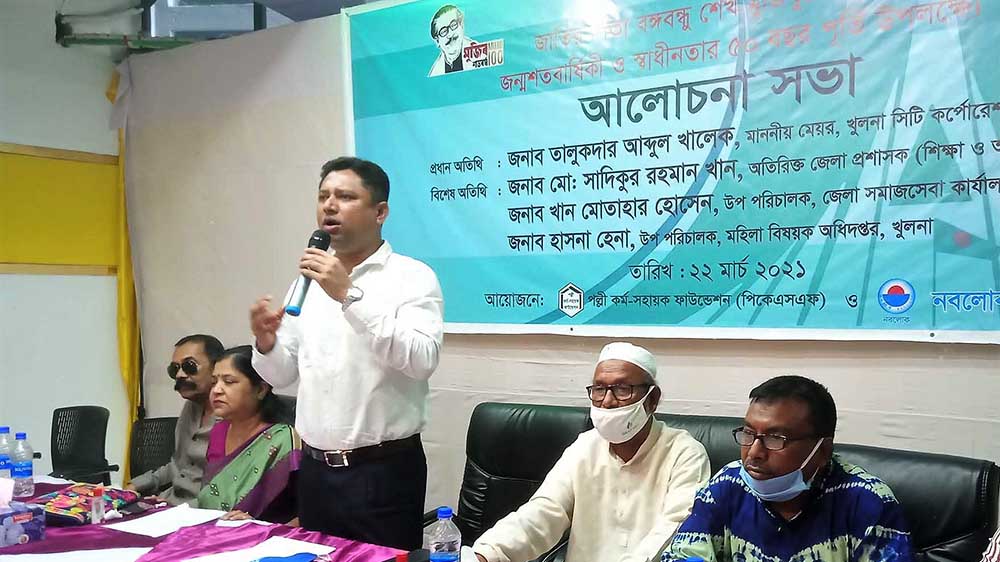 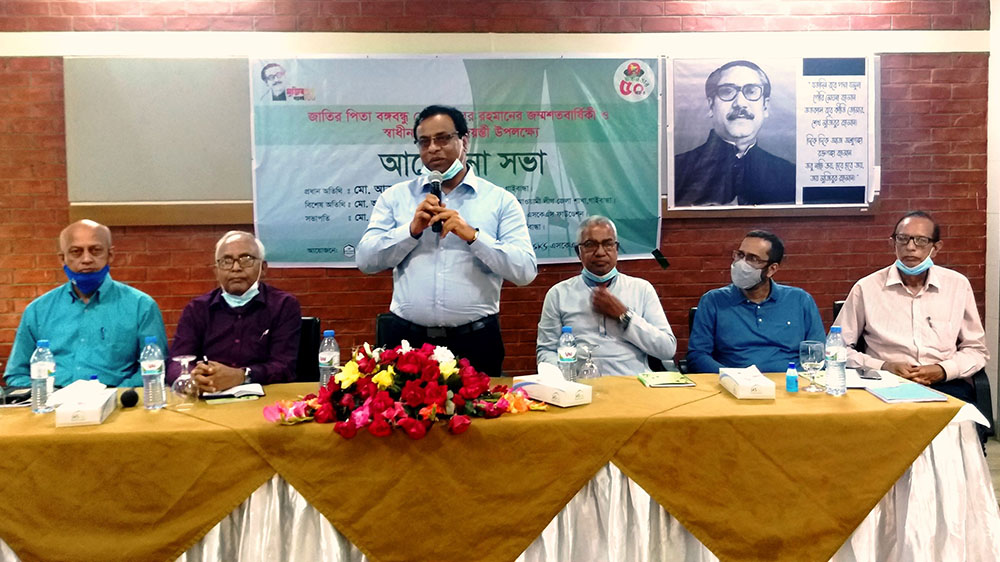